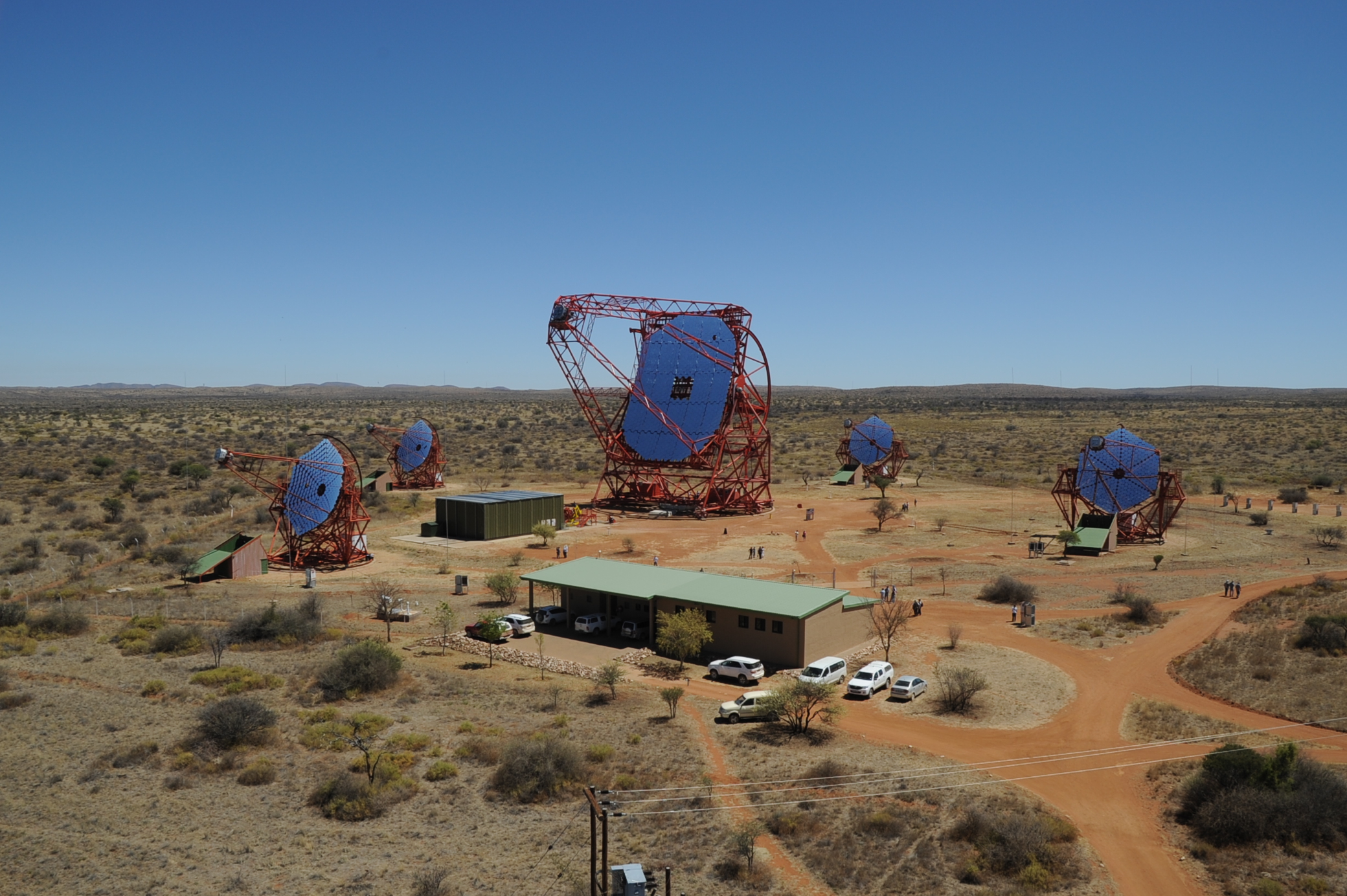 The dream of astrophysicist Ara Mirzoyan is to restore the grandeur of the past achievements of astronomy and astrophysics in Armenia. This was not a coincidence – his father, the prominent astrophysicist Professor Lyudvik Mirzoyan, worked most of his career at the Byurakan Observatory side by side with the President of the International Astronomical Union, Viktor Hambartsumian.
Back in the Soviet period, the observatory discovered special star clusters – stellar associations, more than 1,000 flare stars, dozens of Supernovae, hundreds of space objects, cometary nebulae and galaxies.

Ara Mirzoyan, after receiving his Ph.D. in astrophysics, also served his country as the Vice Consul of Armenia in Los Angeles. Quite successful in new high positions, he nevertheless could not entirely abandon the idea of pursuing his career in science. Among other international projects, the team of Armenian scientists at Max Planck Institute in Heidelberg, Germany, was actively involved in the international collaboration called HESS, the High-Energy Stereoscopic System. An observatory in Namibia was the base of the project, and the location was chosen because the atmospheric conditions are favorable for observations.

In 2004-2008, in collaboration with the Max Planck Institute for Nuclear Physics in the area of instrumentation, four 12-meter telescopes of the first phase of HESS had been in use. When the project named HESS II-collaboration scientists announced tender for a contract to make mirrors for the world’s largest Cherenkov telescope, Mirzoyan decided to try his chances and and bid against the large optical companies from Germany, the United States, Italy, the Czech Republic and Poland. “In the process of manufacturing the mirrors for HESS II, we have increased our production capacities and created a lot of new technology. Due to this and the speed of our work, we hope to win.”

In 2006, the Galaxy team led by Mirzoyan won the tender contract for making the mirrors for the telescopes of HESS II, surpassing the optics manufacturers from Germany and the United States. Inviting highly-qualified compatriot specialists such as Razmik Khosrovyan, Levik Sarkisian, Robert Galoyan, Avetik Hovannisian, Ashot Vardanyan and Vachik Elbakyan to the Galaxy team, Ara Mirzoyan undertook the work of creating the telescope.
It was not an easy task because creating mirrors with such precision required technology that was not available in Armenia.
The working group, in charge of Ashot Vardanyan created new machines for processing and polishing mirrors, and Vachik Elbakyan designed and assembled a device for measuring the reflectance of the mirrors.
Since Cherenkov telescopes are installed outdoors without a dome, the technical requirements for the installed mirrors were very strict: the weight of the glass could not exceed 23-24 kilograms, and the reflection coefficient could not be not less than 80%. The skilled Armenian specialists settled on a thickness of 15 mm, using their newly-developed device to measure the reflection coefficient and ensuring 85% efficiency by the established coefficient. They worked in two shifts to complete the 900 mirrors, safely pack them and deliver them on time.
The dedication and enthusiasm of the Galaxy scientists group paid off. The produced mirrors satisfied all quality requirements and the work was completed and delivered within the scheduled deadlines. Subsequently, all 900 mirrors were sent to Namibia to be mounted on a telescope after being examined in Germany for size, reflectance, weight, and climatic conditions.
Thanks to the Galaxy team efforts, the world's largest Cherenkov telescope HESS II, with an area of 600 square meters, was launched into operation in Namibia in July of 2012. Since then, the observatory continues the study of cosmic processes with greater precision and efficiency.
On several occasions since the official opening of the new telescope on September 28, 2012, the German side, particularly the Director of the Max Planck Institute Werner Hofmann, expressed their satisfaction with the quality of the mirrors and the manner in which the team from Armenia participated in the project. The Armenian astrophysicists participated in HESS almost since its initiation.

In order to strengthen this cooperation and become a full member of the project, on the initiative of Ara Mirzoyan, the Armenian side, by the Government Decision N 1150-N of October 8, 2009, donated 200 Cherenkov mirrors with a diameter of 600 by the Republic of Armenia to the Federal Republic of Germany as a charity. The HESS High Energy Stereoscopic System is a system of Imaging Atmospheric Cherenkov Telescopes that investigates cosmic gamma rays in the energy range from 10s of GeV to 10s of TeV. The name HESS stands for High Energy Stereoscopic System, and is also intended to pay homage to Victor Hess, who received the Nobel Prize in Physics for his discovery of cosmic radiation.

The instrument allows scientists to explore gamma-ray sources with intensities at a level of a few thousandths of the flux of the Crab nebula (the brightest steady source of gamma rays in the sky). Currently HESS Telescope is located in Namibia, near the Gamsberg mountain, an area well known for its excellent optical quality.

“We made the 900 mirrors in approximately two years, although the preparation of the production took a much longer time. To this date, no one in the world has such a productivity rate.”

However, Ara Mirzoyan and his team are not limited to results and results. They are already planning to participate in the next tender, which will involve more extensive cooperation. The next project, called CTA – the Cherenkov Telescope Array – will cost approximately €200 million, with 10% of this amount expected to be allocated for the optics. The project will involve building two Cherenkov observatories with 100 small telescopes.

“We hope to get 40-50% of the entire order. During the manufacturing of mirrors for the project HESS II, we increased our production capacities and created a lot of new technology. Because of this and due to the speed of our work, we hope to win the next tender as well.”

Director of the Galaxy Company